In Companies there are employees who achieve significantly worse work results than their colleagues. What options does an employer have if such a low-performer is employed by him? The Cologne Federal Labour Court recently ruled that the dismissal of a low-performer was justified, which you should be aware of (Cologne Federal Labour Court, ruling of 3 May 2022 - 4 Sa 548/21).

What are low performers?

Low performance is something else than the current often used term in HR of “quiet quitting”. According to the case law of the Cologne Federal Labour Court, an employee is a low performer if he or she performs on average less than 2/3 of the performance of a comparable employee over a longer period of time. In comparison: A quiet quitting employee still performs his/her work duties, but does not overachieve and reach high results anymore.

Dismissing a low performer is difficult for employers. It is true that poor work performance can justify dismissal for behavioural reasons after a prior warning. However, in court the employer has to prove that the employee works significantly worse than average.

Background to the court’s decision

Termination of low-performer lawful according to Cologne Federal Labour Court

The Cologne Federal Labour Court considered the dismissal to be lawful. This was because the employer was able to prove facts from which it was evident that the performance of the employee in question fell significantly short of that of comparable employees. The employee’s performance fell below the average performance and in this case was less than 66% in the long term.

Termination of a low-performer possible

Recommendation for action in preparation:

In order to meet these requirements, the employer should prepare the termination strategically, for example by following the procedure below:

The criteria used to assess the performance of employees depend on the individual activity and must therefore always be assessed on the basis of the concrete individual case.

Dismissal for reasons of conduct and personal reasons

If there is no improvement even after a warning from the employee, dismissal may be considered. The dismissal of a low performer should be based on reasons of conduct and (alternatively) also on personal reasons. This is because the employer usually cannot know exactly whether the low performer is performing poorly because he or she does not want to perform according to the contract (dismissal for behavioural reasons) or because the employee cannot perform according to the contract (dismissal for personal reasons). 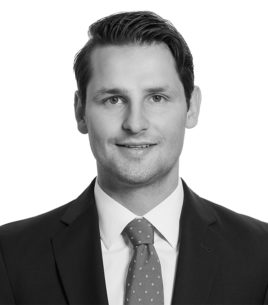